Did the significant reverse mortgage rule changes in 2017 have a positive or negative effect on FHA-insured reverse mortgages? The biggest impact of the government’s changes has been reduced loan amounts, which is frustrating many seniors. Fortunately, the new proprietary Jumbo Reverse Mortgage is helping fill the gap.

What follows is somewhat technical. It may not be interesting to consumers, but it will likely be of interest to professionals who help seniors buy or sell homes and/or those who provide wealth management guidance, especially financial advisors who offer holistic planning that acknowledges and includes home equity as an asset class.

The government, specifically the Federal Housing Administration (FHA), which is part of HUD, has a difficult challenge when it comes to reverse mortgages, also known as home equity conversion mortgages, or HECMs. They operate with a dual mandate: keep the program solvent and protect seniors.

Accomplishing that requires making assumptions about the future:

Those in charge of the reverse mortgage program don’t know if their assumptions are right or wrong for years, sometimes decades. When they’re wrong, losses to the FHA Mutual Mortgage Insurance Fund can be significant – as in billions.  Conversely, if they’re too conservative, many seniors are under-served.

Their task is probably not unlike driving a car only looking at the rear view mirror. It’s easy to armchair quarterback their decisions, but I find most of them are logical when considering their dual mandate: protecting seniors and tax payers.

Last year I wrote a lengthy article titled The New Reverse Mortgage. It explained changes covered in FHA Mortgagee Letter 2017-12, which are often referred to as the 10/2 changes because they went into effect on October 2nd.

There has been a tremendous amount of debate within the mortgage industry as to whether the government's changes on 10/2 made things better or worse. The good news is the program still exists, the industry is adapting, and other home equity solutions (proprietary reverse mortgages) are getting more attention.

Recently, I was interviewed for an article that appeared in Reverse Mortgage Daily, a widely read source of industry information. The author is a wonderful person and an industry expert. She said she had limited space but wished she could have included all my input on her 5 questions.

For background, the three main things that changed on 10/2 were:

"While the industry has acknowledged an inevitable drop in volume as a result of the 10-2 changes, many assert that the new rules amount to a better deal for consumers. Would you agree and why?"

Categorically, when it comes to professionals who advise consumers on money-related issues, what might appear as altruism is more likely among financial advisors, CPAs, and estate planning attorneys than mortgage loan officers. The former are more accustomed to operating under a requirement of ‘fiduciary duty.’ Regulations, post 2008, attempted to compel ‘fiduciary’ behavior on mortgage industry participants, with a measure of success.

Before last Fall, some loan officers were attracted to the reverse channel because it had fewer guardrails than the more regulated forward mortgage space after the Dodd-Frank Wall Street Reform and Consumer Protection Act. Those loan officers aren’t necessarily bad actors – everyone dislikes excess regulation; especially the type that become toll booths on industry professionals.

When I hear reverse mortgage participants talk about the impact of Mortgagee Letter 2017-12; i.e., the 10/2 changes, you can tell they’re struggling with the adverse impact the rule change has had on their incomes and/or business models. They're equally frustrated about all the people they can't help.

What follows is my take on how other stakeholders may come to see some of the 10/2 changes as positive. As a thought experiment, let’s look at the world through the eyes of licensed professionals (CFPs, CPAs, JDs) and borrowers. Starting with borrowers, imagine a fictitious consumer; for example, your mom’s neighbor.

The effect of the government’s changes has been interesting. There’s what you see on the surface (what the rules say) and then the trickle-down or ripple effects downstream.

Frédéric Bastiat, in an 1850 essay talked about “That Which Is Seen and That Which Is Unseen.” Most mortgage professionals are talking about the first-order consequences of the 10/2 changes.

But it’s the downstream second- and third-order consequences that are interesting to talk about. Think about how they may end up mitigating some of the concerns noted above.

Borrowers and licensed professionals (financial advisors, estate planning attorneys, and CPAs) are probably happy about all the third-order consequences mentioned above; reduced loan amounts notwithstanding.

"Have the rules changed the way you are introducing the product to clients? Have they impacted your marketing strategy at all?"

Those who watched what happened to the subprime space in the mid-nineties (1994-1998) could see parallels with HECMs – a not well understood product with high margins.

Over the last few years, we purposefully designed our marketing strategies to survive margin compression. We didn’t expect it to come this quickly and we didn’t anticipate it happening all in one step. Specifically, our approach has been to build relationships with those who advise seniors on money and/or real estate.

One has to wonder… was the government that smart to accomplish those third-order consequences with one rule change or did they get lucky? Clearly, FHA wanted to make the program more attractive to needs-based borrowers.

"Is the HECM a more competitive product under the new rules? Is it now more aligned with traditional financing options like the HELOC?"

All products and services undergo margin compression over time as competitors get more efficient, disruptors leverage the Internet to disintermediate established players, and/or regulations increase the cost to manufacture a product/service.

From a borrower’s point-of-view, interest rates may end up lower, which will diminish wealth erosion. Since these are non-recourse loans, when a home is upside down at loan payoff (loan balance exceeds house value), the government’s loss is the borrower’s gain; but it jeopardizes the program.

Since HECMs don’t have a ready substitute with comparable features and benefits, the 10/2 rule changes don’t necessarily make them more like traditional financing options. Saying they’re still more expensive isn’t really germane because one is not a substitute for the other.

How do you compare a loan that has no payment to one that does? It’s like comparing a bond to a stock – they're both financial instruments but one is debt and the other represents ownership.

To the untrained eye, HELOCs are a substitute for reverse mortgage lines of credit but they really aren’t.  Those who saw what money-center banks did with HELOCS during the last recession (froze or closed them) know this to be the case.

Reverse mortgage lines of credit cannot be frozen or cancelled and the unused balance grows, which helps increase the homeowner's borrowing power. Not to mention, many homeowners can’t qualify for a traditional HELOC because they don’t have enough income.

"Would you say that the product has been improved under the new rules?"

If we operate on the assumption that long-term sustainability is a function of value creation and/or the service experience around distribution, the 10/2 new rules have tilted the playing field in favor of the senior borrower who has a lot of equity.

Thinner profit margins make competing for HECM business more challenging for lenders, but the product and how it is presented/delivered to the marketplace is likely now better aligned with seniors’ tastes and interests.

Some will argue that lower rates (via lower Libor margins) will yield lower unused credit line growth. Technically they’re right, but I suspect the percentage of people who are using a RMLOC as a future liquidity-enhancing tool (and not accessing said line for years or decades) is a very small percentage of the borrowing population. Few people understand that strategy, and even fewer will execute it over long periods of time – available credit often or eventually gets used.

"So, if the 10/2 changes make it a better product, do you think they will help propel reverse mortgages closer to the mainstream? Better put-- over time, will they help alleviate the public perception problem that’s plagued the product for so long?"

The effect of the 10/2 changes have made the FHA HECM a less expensive financial solution for seniors who are accessing at least 60% of their borrowing power because the mortgage insurance costs less. Unfortunately, many prospective borrowers will not be eligible because they do not have enough equity.

If there are fewer losses, that will help with perception.

Actually, public perception has come a long way. I firmly believe that reverse mortgages’ best days are ahead because most Baby Boomers could not or did not save enough for retirement. That lack of savings is why home equity-based solutions will be critical in the future; especially if the stock market sags.

All the government’s changes over the last 3+ years will likely improve public opinion but only to the extent people are educated on the changes and their implications. Patient, understandable explanation and education remain the industry’s biggest need.

To summarize, the only beneficiaries of lower principal limits are tax payers (to the extent they prevent future bailouts) and heirs who have designs on their parents’ wealth.

The parts of the 10/2 rule change that result in lower principal limits is unquestionably a net negative for families trying to bridge retirement or liquidity gaps. Lower loan amounts will lead people to seek other alternatives. Perhaps this too was something the government wanted; i.e., a larger private sector role. To learn about the differences between the new proprietary jumbo reverse mortgage, which is not governed by the government and it’s FHA counterpart click here.

I think the article’s author, Jessica Guerin, summed up the 10/2 changes best…

“In releasing the latest round of changes, the Department of Housing and Urban Development has reaffirmed its commitment to the product and belief in its importance.

The fact that tweaks have been made to ensure that reverse mortgages remain an option for seniors is a bonus. Essentially, consumers are winning simply because the product continues to exist.”

If you would like to see how much you can get with an FHA reverse mortgage, under the new rules, or the new proprietary jumbo reverse, click the Free Reverse Mortgage Qualifier button below. 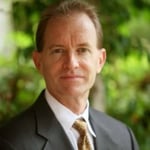