At What Age Can You Get a Reverse Mortgage 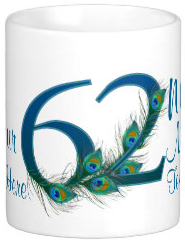 We’re often asked, “At what age can you get a reverse mortgage?”  The quick answer is 62, however, when more than one person lives in the home, the answer is more complicated.

Below we'll explore the details, including recent changes by HUD (the Department of Housing) which were implemented to protect younger spouses who aren’t on the loan.

Here are the FHA rules when dealing with a married couple or when several people who are over age 62 live in the same home.

How Much Can I Borrow

When borrowers ask, "How much can I borrow on a reverse mortgage?" that depends on several factors. At today’s low interest rates, when the youngest borrower is 62, the maximum loan amount is 52.4% of the value of the home. At 90 years old, that percentage goes up to 75%.

The amount someone can get also depends on interest rates.  If rates rise in the future, the amounts shown above will go down.

A non-borrowing spouse is a spouse who is not on title to the home. Effective August 4, 2014, despite the fact they were not part of the mortgage, non-borrowing spouses now have rights to remain in the home even after the borrower passes away. This is an important new development.

FHA has implemented more changes to the HECM (reverse mortgage) program in the last two years than any other two-year period before. These changes, like others, were designed to make reverse mortgages safer and to ensure the program remains solvent and sustainable over the long run.

FHA and HUD often refer to a reverse mortgage as a HECM, which stands for Home Equity Conversion Mortgage. If you think about it that’s what it is, a mortgage that helps you convert some of your home equity into cash or monthly income.

The government is committed to ensuring older Americans can safely access some of the wealth in their homes to meet their financial needs. One of the biggest areas of change in the last two years has been the treatment of non-borrowing spouses.

Because older borrowers can access more money with a reverse mortgage than younger borrowers, there was often an effort made to exclude a younger spouse when calculating the maximum loan amount.

The younger spouse was sometimes taken off title so the couple would qualify for a larger loan but that resulted in other risks that were sometimes not understood.

This meant they had to settle the loan and their only option was to sell the house. Not wanting that outcome, some surviving spouses did nothing and the home went into foreclosure.

Any time a senior is being evicted from a house going in foreclosure, it looks bad; it is bad. So the government added new safeguards that allow a non-borrowing spouse to stay in the home even after the actual borrower has passes away.

Because of the protections and provisions noted above (HUD Mortgage Letter 2014-07), the loan amount is reduced to account for the younger spouses age and how much longer they’re likely to be in the house. The longer it will be until the bank gets repaid, the less they can lend because they want to lower the odds the loan balance exceeds the home’s value at the end.

One question we often get is, “How do we not count the age of the younger spouse so we can get more money?” As long as they’re married, there is no way around running the calculation off the lower age. That’s the flip-side of making sure no one loses their home when their spouse dies and the property had a reverse mortgage on it.

There are several more implications surrounding the new non-borrowing spouse rules. If you’d like to schedule a complimentary consultation to discuss this or if a reverse mortgage makes sense for you, please click the button below. Or, you can attend one of our upcoming public educational workshops; click here to register or here for more information. 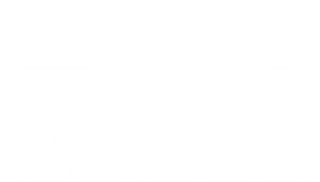